Truckload of shoes to Wall? 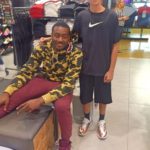 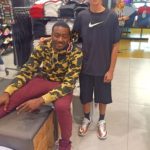 Truckload of shoes to Wall?

I was lucky enough to run into All Star point guard John Wall in the mall. Standing in Foot Locker, I got into a conversation with him about his Adidas endorsement deal. I wouldn’t blame him if he was a little bitter about being overshadowed by Adidas’s new poster boy James Harden and the truckload of shoes at his house. Everyone knew that Adidas was going to make a splash with Harden after he was spotted in Nike’s multiple times even after he signed an insane deal for 200 million dollars over 10 years. TMZ.com falsely reported the story by questioning Harden’s love of the Adidas brand. Turns out that Harden’s deal expires with Nike the day it starts with Adidas, therefore everything is all good, except maybe in Wall’s eyes. Wall acknowledged that he loves having his own signature shoe with Adidas, but if the John Wall 2 doesn’t get the love, I wouldn’t be surprised if he has lawyers trying to get him out of this deal after the stunt and money to Harden. Maybe Nike, Jordan, Under Armour or Reebok would be interested in giving Wall a truckload of shoes. If I were Wall, I would highly explore Under Armour because it is hugely popular in the DC area (hometown company for the hometown star) and he could be their number two priority, behind the one and only Stephen Curry.

The Most Overlooked NBA Prospects